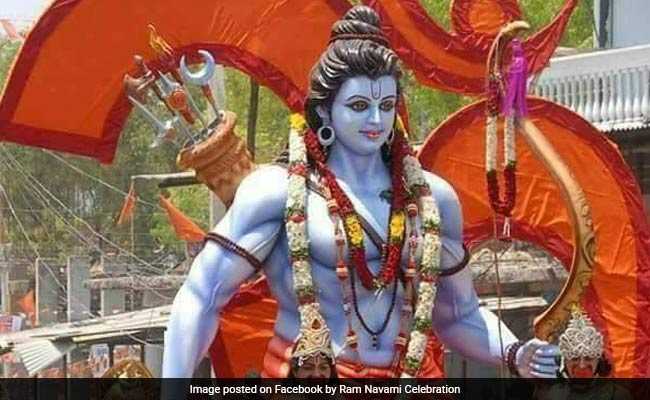 Rama Navami commemorates the birth anniversary of Lord Sri Rama, who is believed to be the seventh incarnation of God Vishnu in Hindu religion.

Ram Navami falls on the end of Navratri – a nine-day Hindu festival where prayers are offered to goddess Durga.

The festival is celebrated on the ninth day of the Chaitra month of Hindu calender. Devotees, who have been observing fast throughout Navratri, break the fast on this day.

This year, however, large gatherings are banned due to a nationwide lockdown imposed by the government to contain the coronavirus epidemic and it is expected that people avoid large gatherings on the occasion.

People also offer prayers to Lord Rama on this day.

During Navratri, the nine incarnations of Goddess Durga are worshipped.

The practice is culminated with ‘kanjak puja’, mostly seen in North India. Tradition dictates that nine young girls are invited to homes, worshipped and offered a sacred meal (kanya bhoj).

Help poor if you want to honour me: PM on ‘stand up for Modi campaign’ | India News