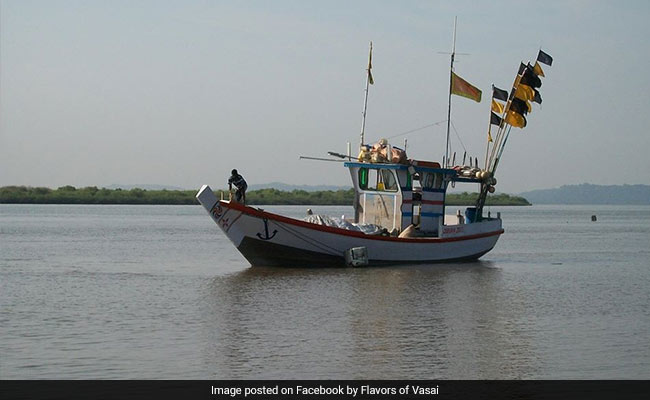 All daylong 30-odd ferry services linking Panju Island with the mainland at Naigaon have been suspended.

At the height of the COVID-19 pandemic, all the residents of the tiny Panju Island, off Mumbai, went into self-quarantine two days ago – making it probably the first of its kind united voluntary action on any isle in the world.

Near Thane’s border, around 15 km from Borivali station, the Panju Island is barely noticed by millions of daily commuters on the Western Railway’s Borivali-Virar suburban sector.

It nestles a green oasis of 600-acres with large swathes of salt pans, swaying coconut trees, dotted with rice, fruits and vegetable farms between the two arms of the sprawling Thane Creek, which separates the country’s commercial capital from the mainland.

Panju Island inconspicuously fleets by in seconds between WR’s Bhayander and NaigaonAstations as suburban local trains cross over it, but is barely visible when long-distance trains zoom along the Vasai bridges on the northern and southern sides cutting the small isle into east-west wings.

“The development came after Prime Minister Narendra Modi’s ‘Janata Curfew’ call on Sunday, followed by other tough measures implemented by Maharashtra Chief Minister Uddhav Thackeray. The approximately 1,500 villagers decided to remain in self-quarantine till March 31, or as long as the authorities want,” Sarpanch of Panju village Ashish Bhoir said.

All daylong 30-odd ferry services linking Panju Island with the mainland at Naigaon have been suspended, barring extreme medical emergencies.

Many people who commute long distances to work in Mumbai-Thane are sitting at home as also the children, who are enjoying an elongated vacation till schools – hopefully – reopen mid-June.

All visitors, the occasional batch of guided tourists and outside workers are banned, while around 100 fishing and dredging boats of the Panju-ites are moored at the shore, according to the village chieftain.

“Fortunately, nobody on the island’s mixed age-group population of Marathis has exhibited any signs of COVID-19 so far but we are taking no chances. So, we unanimously decided to remain in complete isolation till the danger signals recede,” said Ashish Bhoir.

“Even the weekly congregational prayers (satsangs) are stopped till further orders, as also the annual village sports tournaments in April, to prevent crowding. We are taking all precautions to ensure Coronavirus doesn’t attack our beautiful island,” Kiran Bhoir said.

Around 10 percent of the population is poor and dependent on daily wages for survival, according to Raju Patil who works in a Thane factory.

“In a good gesture, the Sarpanch has directed the other villagers to take care of all such people and their families by providing them with food and other essentials as and when required. Nobody is allowed to suffer,” Mr Patil said.

Spread over 2.50 sq km, Panju Island is a ‘zero-pollution’ no-vehicle zone, with a school, a tiny health centre, several temples and the villagers mostly cultivate rice, vegetables, guavas, chikoo, banana, mango, jamun and coconut while many venture daily to work in factories, companies or private offices in Mumbai-Thane.

With a rich history going back to the day of the legendary Maratha commander, General Chimaji Appa (1707-1740), who fought the Portuguese aggressors from the island, Panju village was home to 21 martyrs who died during India’s Independence struggle.