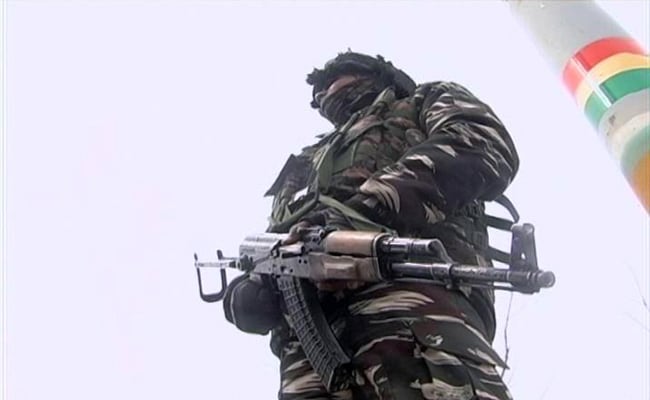 Prime Minister Narendra Modi and Home Minister Amit Shah celebrated the Central Reserve Police Force (CRPF) today in tweets that honoured a small contingent of soldiers stationed at a border outpost in Gujarat. The soldiers, despite being outnumbered, fought off an attack by a Pakistani force on April 9, 1965. The valiant CRPF personnel killed 34 and captured four Pakistani soldiers.

The CRPF marks this heroic moment every year as Shaurya Diwas (Valour Day).

“The courage of India’s CRPF is widely known. On CRPF Valour Day, I salute this brave force and remember the bravery of our personnel (at) Gujarat’s Sardar Patel Post in 1965. The sacrifices of the brave martyrs will never be forgotten,” Prime Minister Modi tweeted.

The courage of @crpfindia is widely known. On CRPF Valour Day today, I salute this brave force and remember the bravery of our CRPF personnel in Gujarat’s Sardar Patel Post in 1965. The sacrifices of the brave martyrs will never be forgotten.

“On April 9, 1965, at (the) Sardar Post located in Ran (Kutch) of Gujarat, a small CRPF contingent created history by defeating (an) invading army several time larger. Congratulations to everyone and (a) salute (to) our brave martyrs of CRPF. ‘Shaurya Diwas‘, a symbol of indomitable courage, valour and sacrifice,” Amit Shah tweeted.

President Ram Nath Kovind also honoured the force and said it had written a “golden history” on this day with their extraordinary bravery, patriotism and sacrifice.

The landmark battle that took place 55 years ago on this day saw a small group of the CRPF’s 2nd Battalion – around 150 soldiers – attacked by a heavily-armed Pakistani force that consisted of 3,500 men of the 51st Infantry Brigade, among other divisions.

The assault, most of which took place on a tactically disadvantageous flat area, began at 3.30 pm and went on for a gruelling 12 hours, during which the enemy made three attempts to overrun the CRPF post. Six CRPF soldiers died in the attack.

In his address to the force, CRPF Director-General AP Maheshwari said: “We are and will always be proud of their valour and sacrifice for the motherland”. The CRPF chief also urged his fellow soldiers to remember: “When the going gets tough… the tough get going. Toughness is our trademark”.

AP Maheshwari is currently in self-isolation after indirect contact with a top CRPF medical officer who has tested positive for the novel coronavirus. As many as 20 senior officers of the security force have been placed under home quarantine.

With input from PTI