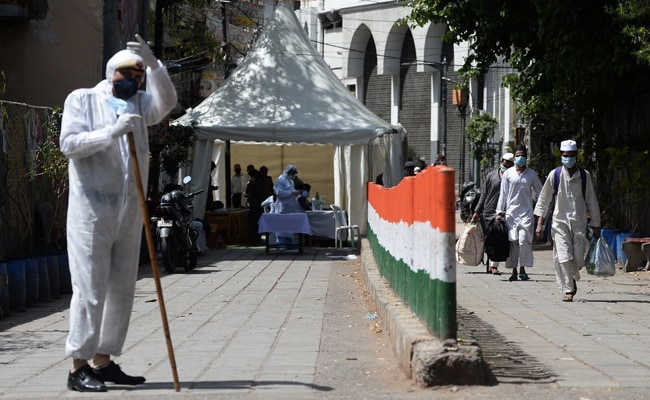 Coronavirus: People in hazmat suit at Delhi’s Nizamuddin during the evacuation (AFP)

New Delhi:
All 2,100 people have been evacuated from a building in south Delhi’s Nizamuddin after nearly a 100 people tested positive for COVID-19. Hundreds of people had been staying at “Markaz Nizamuddin”, the Delhi headquarters of the Tablighi Jamaat group. The evacuations started on Monday amid a nationwide search for suspected COVID-19 cases after a large religious gathering at the Nizamuddin building emerged as a coronavirus hotspot with links to seven COVID-19 deaths. The Markaz officials had said there were some 1,000 people on its premises. Lanes near the religious centre have been taped off by officials in protective suits. A police case has been filed against the mosque administration.

Here’s your 10-point cheatsheet to this big story: