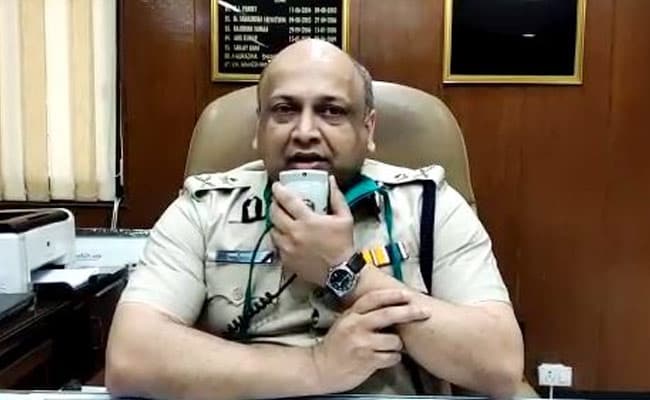 As Indore, a COVID-19 hotspot in Madhya Pradesh, fights the highly infectious illness, the city’s police chief is seen in a video singing for his team, trying to boost their morale and praising them for their efforts amid the spurt in cases.

In the clip, Inspector general of police (Indore zone) Vivek Sharma is heard singing: “Hum Honge Kamyaab (We shall overcome)”. “The song has a message for all of us. If we fight together we will win. Corona se Daro Na (Don’t fear Coronavirus). During this fight, we may fall… but we won’t let anybody else fall. If we continue to fight, victory shall be ours. Let’s turn this challenge into an opportunity. Stay positive and boost each-other’s morale. Everyday, we will meet at the (viral) set. I salute the spirit with which all of you are fighting,” he says, addressing his team members.

#WATCH Madhya Pradesh: Inspector-General of Police Vivek Sharma sings “Hum honge kaamyaab” & gives a message to encourage the Police personnel who are carrying out their duties in Indore, amid #CoronavirusPandemic.

“Hum Honge Kamyaab” is a song translated by Hindi poet Girija Kumar Mathur. The original, “We Shall Overcome”, was a gospel song, which eventually became a protest anthem during the Civil Rights Movement in US in 1960s.

In another video, some cops are seen listening to the top cop’s message on their hand-held devices as they sing along.

Amid a “total lockdown” to control the spread of coronavirus, the Indore police chief has also asked the cops in the city to make violators work in the sun, instead of using force against them. “Shoot their video, make it viral,” he has instructed as an apparent measure to deter people from stepping out and ensure social distancing, an effective way to curb the spread of coronavirus.

Indore — ranked the cleanest city in the country for the third time in a row last year in the central government’s cleanliness survey — has recorded at least 30 of state’s 41 deaths so far. Of Madhya Pradesh’s 562 cases, 311 have been reported from Indore. The spike in the number of cases has raised alarm among the officials.

UAE, Sri Lanka Offer To Host IPL If India Decides To Shift It Abroad This Year Due To COVID-19