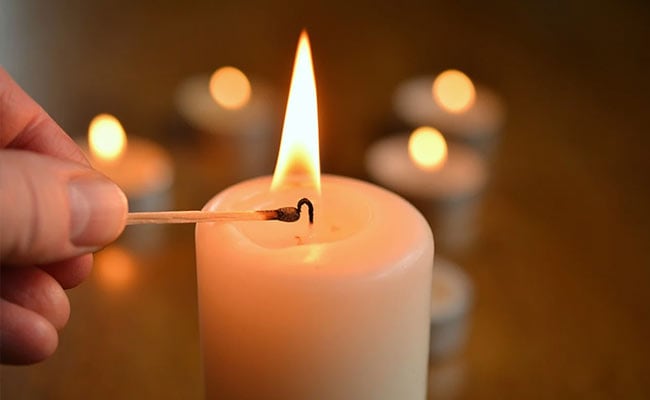 The HRD Ministry asked students across the country to follow the PM’s lamp-lighting appeal.

Some private schools sent messages to parents on Sunday to confirm whether they followed Prime Minister Narendra Modi’s call to light candles and diyas at 9 pm on Sunday night, a nationwide show of unity in the fight against coronavirus. Parents were also asked to confirm that they had downloaded the government’s Aarogya Setu mobile app developed to fight COVID-19.

After PM Modi’s video message on April 3, the Ministry of Human Resource Development (MHRD) had asked students across the country to follow the Prime Minister’s lamp-lighting appeal.

“As directed by Prime Minister on April 3, 2020, students may light a diya or torch of their mobile for 9 minutes on 9 pm on April 5 to realise the power of light and highlight the objective for which we are all fighting together. However, no one should assemble in roads, or colonies or anywhere outside their houses,” Amit Khare, the Education Secretary, had written to autonomous bodies.

Although the ministry circular encourages students to follow up on the PM’s appeal, some schools in the capital said they had received a Microsoft Excel sheet from the education board CBSE, asking for details on the number of teachers and parents who downloaded the Aarogya Setu application and the number of students who “participated in candle lighting on 5th April at their home”.

Among the schools that sent messages to parents were Sardar Patel Vidyalaya, Mother’s International School and Delhi Public School, Rohini.

Parents were asked to confirm whether the tasks were done “because the school has to report the exact numbers from each class to the ministry.”

As messages from schools had parents objecting to what appeared to be a diktat, the education ministry tweeted a clarification.

“MHRD has appealed to students and their families to download Aarogya Setu app developed by the health ministry but there was no form developed to monitor the activity,” said one tweet.

The other said the government email to schools “was only meant to inform the students to voluntarily download the app and participate in the Diya/candle lighting. There is no coercion on anyone to do the same. Since schools are closed there is no question of monitoring the students’ attendance.”